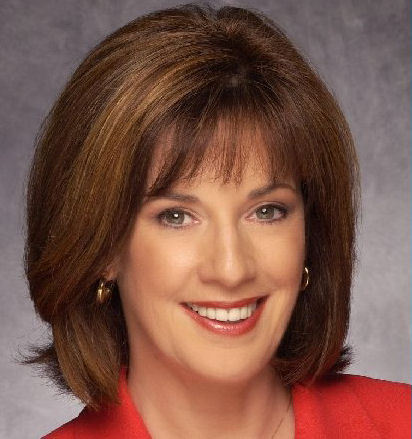 “Each of the men on the dais was successful in his field. There was a Broadway actor from the hit musical Hamilton, a popular TV personality and a district attorney. All came to talk about how they had been sexually abused as children and how it had impacted their life. Each story was unforgettable because men often keep sex abuse secret, sometimes for their entire life.

The symposium was sponsored by the New York State Office of Victim Services. The keynote speaker also had been a victim.

“Hello, my name is Charles Blow, and I am a survivor of child sexual abuse,” he said. Blow, a columnist for The New York Times, told the crowd about how he was abused at age 7 by an older cousin. “It was a complete betrayal,” he said. “I was paralyzed by fear. After the abuse, I thought I was dead.” As a boy, he kept the secret.

In his memoir, Fire Shut Up in My Bones, Blow relates how the pain and anger exploded in him at age 20. While at college, he was talking to his mother on the phone one day, and suddenly, he heard the voice of his abuser greeting him as if nothing had ever happened. Without stopping to put on shoes, he jumped in his car, grabbed a gun he kept there “just in case” and began to drive toward his mother’s home, determined to kill his cousin. Thankfully, he did not follow through.

Actor Antuan Raimone described having been abused at the hands of two older cousins when he was 7. With no father in the house, Raimone said, he was eager to spend time with men. His cousins told him it was “a game” that all boys play. Then, at age 15, the superintendent of their rented house began to groom him with a constant supply of pornography. Full-blown sexual contact followed. Raimone kept the secret.

“I didn’t say anything because he threatened to kill my mom,” he said. But after years of unsatisfying relationships where he saw lovers as “mere objects,” he decided to enter counseling. Today, Raimone counsels other survivors brave enough to come forward.

Jason Gough, 47, revealed his childhood abuse via WNYT television station in Albany, N.Y., where he was the popular weatherman. His parents’ marriage was a “dumpster fire,” and it was his father’s sister, his mother’s “drinking buddy,” who began to molest him at age 8. Yes, women can be sexual predators of children, too.

“I was low-hanging fruit for her,” Gough told the conference attendees. The abuse lasted three years. He began to display a series of odd behaviors, such as pulling out all of his eyelashes and spontaneous temper tantrums. No one, not his parents, teachers or counselors, ever asked him what was wrong. Today, Gough seeks to educate adults about childhood warning signs that could signal they’ve been abused.

Perhaps the most interesting panelist of the day was Joe Fazzary, the district attorney from New York’s Schuyler County. Imagine this: For years, he looked child sexual-abuse victims in the eye and soothingly told them it was OK to tell what had happened. Yet all the while, Fazzary was keeping his own dark childhood secrets.

Fazzary was raised in a loving Italian family that befriended another Italian family next door. They often ate meals together, and afterword, the adults played cards and drank a little wine.

“I was about 9 or 10,” Fazzary said. “The neighbor boy was about 15. He said it was a game.” The boys played cards, too — strip poker. From there, the abuse began. “It can happen right under parents’ noses,” Fazzary warned the room. “My parents were, like, 15 feet away!” The abuse lasted eight years, and Fazzary said that at times in his adult life, he contemplated suicide. It wasn’t until he told his wife and mother and sought counseling at age 36 that he finally felt in control of his own life.

The takeaway? A young boy’s abuser is not always an older man; it is often another boy, or even a woman. And to those who dismiss teacher-on-child abuse with a glib remark — “What a lucky kid!” — stop it. Stop thinking sex with a child can ever be a good thing. It isn’t. It is a crime. It can be like a slow-growing cancer on the soul, stunting children’s social growth, forcing them into negative behaviors that haunt them for life.

If you know a child who is strong enough to tell the secret, what should you do? All of the survivors at the symposium agreed that the last thing the child needs to hear is, “I’m going to kill that guy!” That threat only adds another layer of guilt upon the already suffering child. Children long to hear calm and sincere statements from adults, such as, “I believe you,” “It is not your fault” and “What do you need?”

If you are an adult still struggling with childhood abuse, the best advise came from DA Fazzary: “Go into therapy. It works. It really works.”

— Diane Dimond is the author of Thinking Outside the Crime and Justice Box. Contact her at diane@dianedimond.com, follow her on Twitter: @DiDimond, or click here to read previous columns. The opinions expressed are her own.